cancel confirm NSFW Votes: (0 votes)
Are you the publisher? Claim or contact us about this channel.
0
Showing article 1313 of 8368 in channel 3523263
Channel Details:
Viewing all articles
Browse latest Browse all 8368
0
0 How I Met Your Mother's title sequence starts with a picture of Lily Aldrin (Alyson Hannigan) holding a disposable camera, one of those antiquated device that impoverished college students and struggling yuppies used to record memories during the early 2000s.

It’s a charmingly dated image—what 20-something would bring a disposable camera to a bar in the iPhone era? But that datedness actually fits the show perfectly. HIMYM, which will end on Monday after nine seasons on CBS, has been the old soul of network comedy for the past decade, and that’s why it’s so beloved—even if critics often scoffed at it.

Viewed alongside these creative breakthroughs, the multi-camera, laugh-tracked comedy of HIMYM often seemed like a throwback to the Cheers era. Or, even more specifically, it often seemed like a faster-paced version of Friends. The premise, after all, is awfully similar: Five young New Yorkers spend an inordinate amount of time in a neighborhood bar (rather than a neighborhood coffeehouse), enjoy sleeping with one another, and engage in various shenanigans as they navigate the space between adolescence and adulthood. The primary difference between the two shows is that while Friends usually attempted to suppress the cheesier aspects of its plot, HIMYM has always been unapologetically sentimental. From its title to its overarching narrative, HIMYM offered a schmaltzy celebration of a hapless romantic and the four friends who endlessly support him in his quest to find Mrs. Right.

This was true from the inception. In the pilot episode, protagonist Ted Mosby (Josh Radnor) comes to the realization that he’s not good at being single. He would rather settle down and become the head of a household, a role that he thinks will suit his dorky-dad-like qualities and his desire for the quiet life. And while ensuing seasons demonstrate that Ted is not quite as father-ready as he assumes himself to be—his character could be described as someone who really wants to be wiser than his years but isn’t quite there yet—this overt yearning to get past singledom forms the show’s thematic base.

At a time when Americans are increasingly getting hitched at later ages or avoiding nuptials altogether, the idea of an attractive 20-something living in one of the world’s most vibrant metropolises and wanting nothing more than to settle down with a wife and kids feels hopelessly old-fashioned. Yet HIMYM found nuance in the way people can still pursue a traditional vision of happiness.

The point of the show never lay in the exact machinations which led Ted to “the mother.” It lay in the events that shaped Ted into husband-worthy material. Before he could truly evolve into the dad who narrates the show, he had to learn from a slew of bad relationships with women he had little in common with, let the devastation of heartbreak mellow his overzealous soul, and stop confusing his close friendship with Robin for something more. The writers made the sentimentality of that conceit bearable by pairing it with ridiculous, manic, and entertaining side plots: Robin Scherbatsky (Cobie Smulders) spent her youth in Canada as a Tiffany-esque teen pop star; Ted’s middle-school-classmate-turned-porn-star uses the alias Ted Mosby; Barney Stinson does Barney Stinson-esque things.

The cast helped nail that delicate balance between sweetness and silliness. Segel brought real quirk to Marshall, a role that could have devolved into a something more conventional and less enjoyable to watch—something akin to Ross on Friends. And as Barney, whose horniness coexists with a desperate desire for meaningful friendships, Neil Patrick Harris created one of television comedy’s most indelible characters. In a subversive twist, Barney’s predilections (a love of tailored clothes and expensive drinks) and deficiencies (the inability to drive or use simple household tools like a hammer) clashed with the stereotypical masculinity he so desperately strived to project. Josh Radnor, Cobie Smulders, and Alyson Hannigan provided lively presences for Segel and Harris to play off.

Though HIMYM featured smarter writing and better acting than most sitcoms, it never received much critical attention. In nine seasons, the show earned only a single Emmy nomination for Outstanding Comedy Series; for the sake of comparison, Friends received six such nominations and garnered one win in that category. Since 2005, critics and awards voters have been too busy praising shows like 30 Rock and Modern Family to notice the exceptional work of Carter Bays and Craig Thomas, HIMYM’s co-creators, and the actors who have come to embody the five beloved characters. This is unfortunate. While HIMYM has certainly had creative lulls during its nine-season run, the show’s best episodes—“Ten Sessions,” “Hopeless,” “P.S. I Love You”—were as funny and touching as any produced by contemporary sitcoms.

Perhaps HIMYM’s sentimentality is what prevented it from engendering more highbrow cred. Most cutting-edge television comedies today feature characters that the audience is meant to laugh at, rather than with. We chortle at the small-town yokels on Parks and Recreation and look forward to the weekly embarrassment of Phil Dunphy on Modern Family. Those sitcoms, while funny and creative, radiate a sly sense of superiority, since many of the laughs come from the humiliation of sad sacks.

This was never the case on HIMYM, whose unstated but understood mantra was “we’re all in this together.” Because the writers went to great lengths to humanize the principal characters—to imbue them with real ambitions, fears and shortcomings, and to put them in situations where they needed one another to pull through—they presented people with whom the audience was meant to empathize rather than mock. The best seasons revolved around friends helping coming together to resolve personal conflict: Lily and Marshall reconcile after a foolish break-up; Ted and Robin overcome the awkwardness of a past relationship; Barney connects with the father who walked out on him. It was a feel-good story about the importance of friendship and love. The earnestness of that tale can come across as maudlin nowadays, but it’s a characteristic that the current popular television landscape will be left without once HIMYM signs off forever.

SEE ALSO: One Theory Suggests The Mother In 'How I Met Your Mother' Is Dead 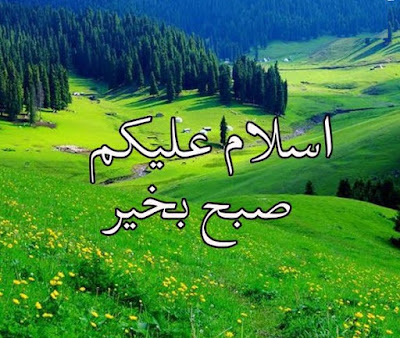