cancel confirm NSFW Votes: (0 votes)
Are you the publisher? Claim or contact us about this channel.
0
Showing article 192 of 8224 in channel 3523263
Channel Details:
Viewing all articles
Browse latest Browse all 8224
0
0 "Argo" was no match for "Taken 2" this weekend.

Though the Ben Affleck film came within two million of Liam Neeson's action sequel, Fox came out the top winner this weekend.

Five new films entered the top ten in what will most likely become a record-high October for the box office.

"Hotel Transylvania" has already earned $102.2 million in three weeks. "Taken 2" will over power that number with more than $80 million in total in two weeks.

Summit also saw its seventh-highest opening ever with its new horror flick "Sinister."

Out of the top ten this week include "End of Watch," which dropped six places, Clint Eastwood's "Trouble with the Curve," "House at the End of the Street" with Jennifer Lawrence, and "The Master."

The 3D return of "Finding Nemo" also dropped seven spots below the top ten. And "Atlas Shrugged: Part 2," based on the novel by Ayn Rand, bombed with little more than $1.7 million.

Here are this weekend's box-office winners and losers:

10. "The Perks of Being a Wallflower" jumped up to the tenth spot this week earning $2.1 million.

4. Adam Sandler's "Hotel Transylvania" manages to stay among the top five grossing $17.3 million. In three weeks, the kid's horror flick has surpassed its estimated budget of $85 million with $151.5 million worldwide.

3. Studios can always count on a horror flick to do well. "Sinister" featuring Ethan Hawke earned $18 million, nearly the entire gross of Summit's earlier film "Man on a Ledge."

2. Ben Affleck's "Argo" about Americans trapped during a high point of the Iranian revolution, earned $20 million which is nearly in line with 2010's $23.8 million debut of "The Town."

1. Once again, "Taken 2" easily takes the top spot earning $22.5 million. Despite earning an impressive $86.7 million domestically given theater numbers in the past few weeks, the film is doing even better overseas with a total of $132 million.

SEE ALSO: A few spoilers we learned about the new season of "The Walking Dead" at Comic Con >

Netflix Gave David Fincher a Blank Check—What Will He Do With It?

get max out of 5 matrix using for loop

Tom Brady, Knower Of All, Knew Exactly What Mike Evans’ Injury Was Right...

Enterr10 rebranded as Enterr10 Movies at Ch No. 51

Netflix Gave David Fincher a Blank Check—What Will He Do With It? 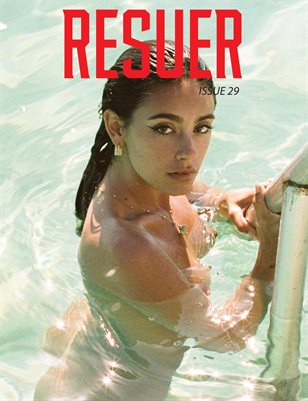 Jack Fowler from Camborne stole £13,000 from dying mother while she was being...

Nickelodeon to Premiere 'Santiago Of The Seas' Special 'The Golden Heart' on...

Video Activity: When a Stranger Calls

FREE E-BOOK: First Step in Reading for Kindergarten and Grade One