cancel confirm NSFW Votes: (0 votes)
Are you the publisher? Claim or contact us about this channel.
0
Showing article 836 of 8228 in channel 3523263
Channel Details:
Viewing all articles
Browse latest Browse all 8228
0
0 The history of shark movies is littered with some good, some bad and some very ugly films. BeforeSharknado, before Open Water, even before Jaws, there was Blue Water, White Death, which may just be the greatest shark movie ever made.

Released in 1971, the documentary follows a group of divers on a seven-month round-the-world adventure, a quest to be the first to film the great white shark from underwater.

It is an epic tale of adventure on the high seas and well worth tracking down.

The movie’s cast of characters is a who’s who of subaquatic greats. Producer Peter Gimbel, the heir to the Gimbel’s department store fortune, was the first man to dive on the wreck of the Andrea Doria the day after she sank to 160 feet in the Atlantic in 1956. Ron and Valerie Taylor were champion Australian freedivers. Stan Waterman was, and still is, a legendary underwater cameraman (he oversaw shooting for 1977’s The Deep).

Rodney Fox was a famous white shark attack survivor. Peter Mathiessen, the National Book Award winning author, was the film’s historian and wrote an excellent book about the journey called Blue Meridian. Hell, they even had a folk singer, Tom Chapin, on the crew to serenade them.

More than merely a shark film, this movie is a chronicle of a great adventure. These people weren’t scientists. They just built some shark cages, bought a pile of dive and underwater camera gear and chartered a boat to take them from South Africa to Madagascar to Sri Lanka (then Ceylon) to Australia in search of the “last great predator on Earth”, as Gimbel called the great white shark. The journey was fraught with frustration, disappointment and danger. On one dive, one of the cameramen was swept out to sea by a strong current and the crew spent anxious minutes searching for him among the whitecaps. Off of Sri Lanka, Gimbel himself was beset with the bends after surfacing too quickly following a deep dive. And this is to say nothing of their shark encounters, which are still thrilling to watch 42 years later.

The movie has that great grainy warmth and dry narration so common in documentaries from its era. Chapin’s soundtrack of folk songs and acoustic guitar is pure ‘70s comfort music. Sure, some of the scenes feel suspiciously scripted and some footage of harpooning whales is uncomfortable to watch. But this all must be taken in the context of the era in which it was made.

The diving footage is ample and spectacular, with enough historical diving gear to make any Sea Hunt fan happy — Jetfins, rubber wetsuits, DOXA dive watches and Aqualung regulators. Gimbel and crew were on the leading edge of underwater filming and shark research. No one before them had dived in open water next to feeding sharks, nor had anyone filmed great whites from a cage underwater. These guys had massive cojones. Splashing in off of a Zodiac next to a whale carcass surrounded by 100 oceanic whitetips at 2 a.m.?

Blue Water, White Death still stands the test of time and, frankly, blows away anything shown on Discovery Channel’s Shark Week. While the movie can be found on Youtube in relatively low quality, copies of the movie can sometimes be had on DVD, though finding it can be as epic a hunt as tracking down the great white shark was for the crew of the movie.

To Catch a Tiger | Want to Dive with Sharks? | Kit: Diving the Bahamas

How to Use Microsoft Dynamics 365 Marketing Scoring Models

Window Cleaning Round For Sale in Bishop's Stortford area. Established 17... Asbestos in Agriculture May Be Hidden Mesothelioma Risk 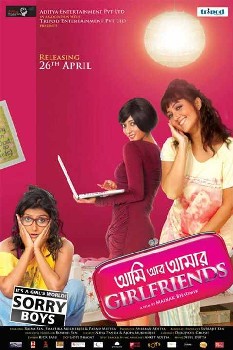 Avatar The Legend of Korra Season 2